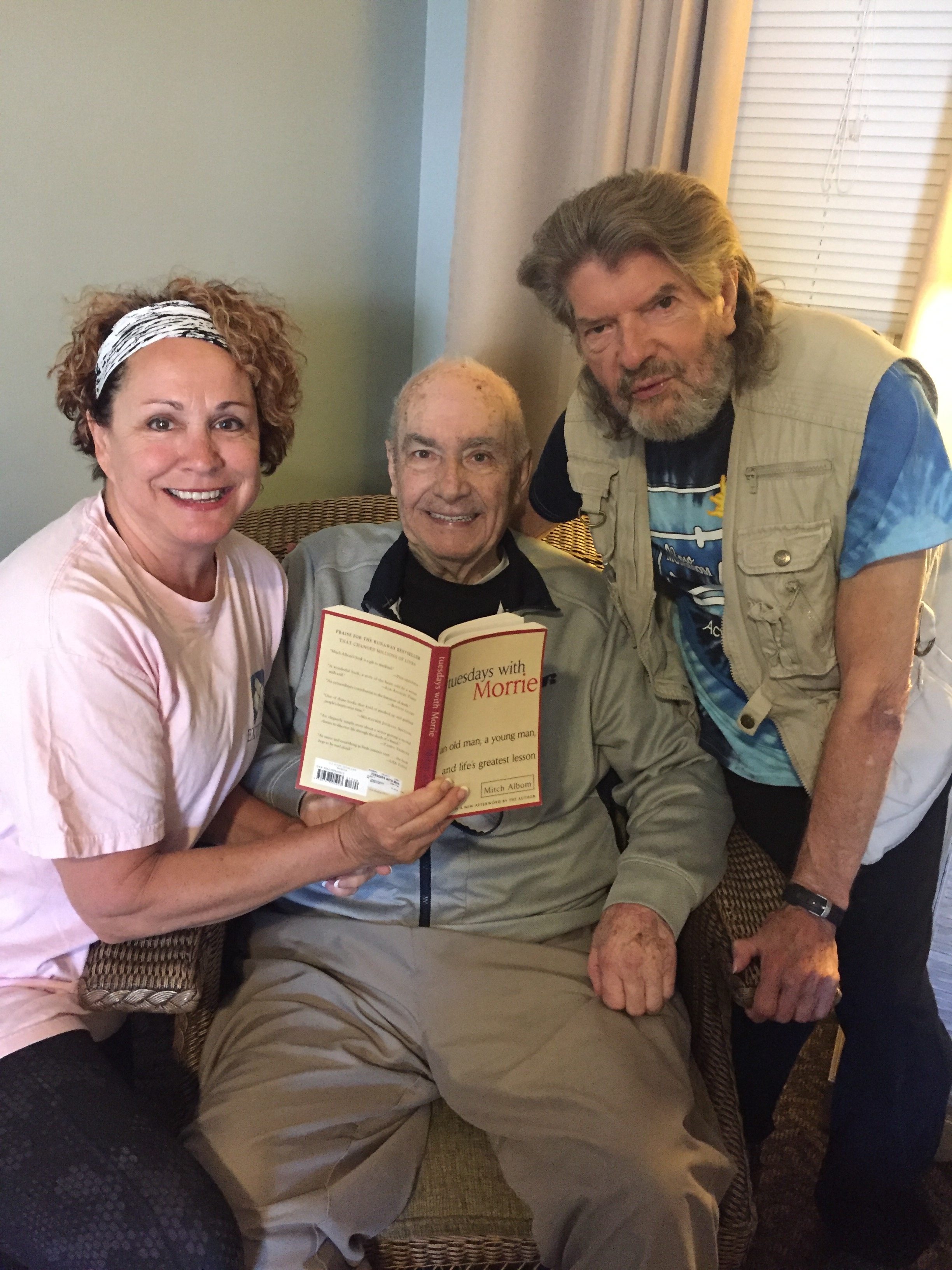 A wonderful book, a story of the heart told by a writer with soul. Los Angeles Times about Tuesdays With Morrie: an old man, a young man, and life's greatest lesson By, Mitch Albom 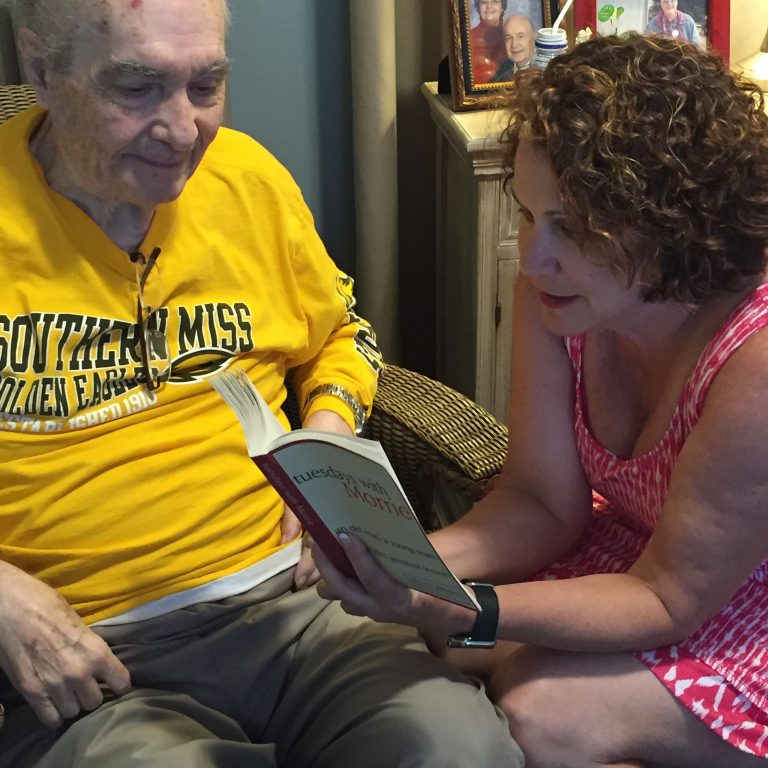 Written in 1997, Tuesdays With Morrie penned by Mitch Albom, has truly become one of my most favorite books to read and reread, time and again. And I am not the only one who loves it! Nearly 4,000 5-star reviews can be found on Amazon about this inspiring read. If you have read it before, but not in a while, consider rereading it today! 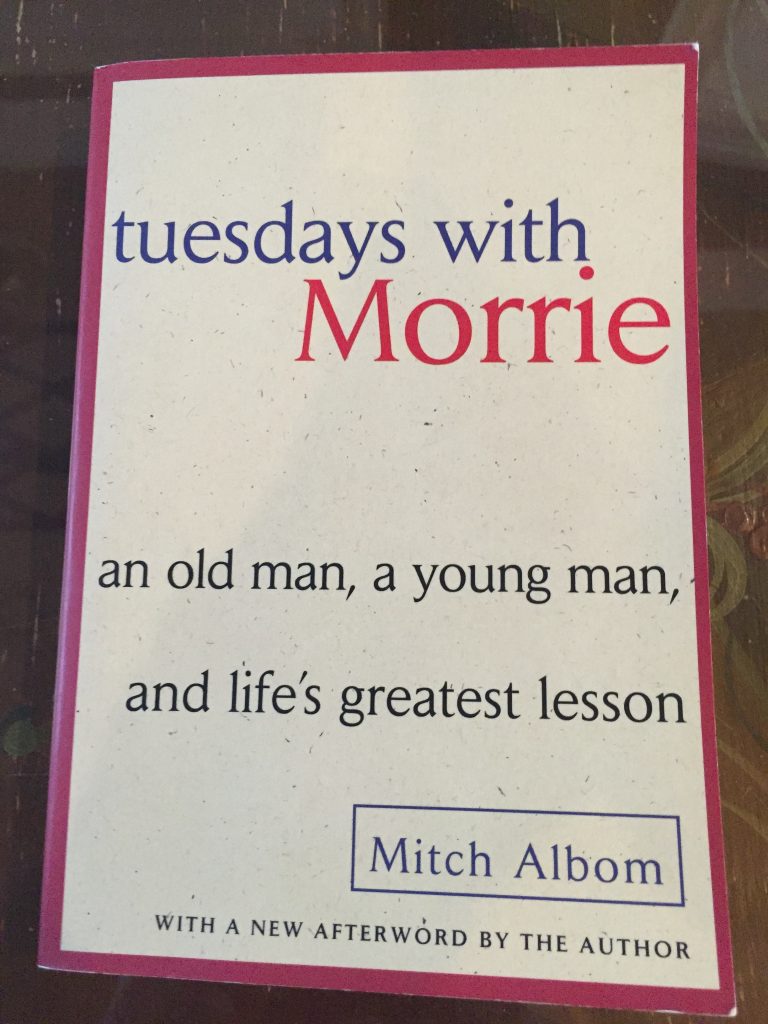 On Tuesday this past week, I found myself reading aloud once again to my husband’s 85 year-old father. His friend and neighbor, Bob, was not able to join us because he was on a field trip to Lake Allatoona. Reading aloud with the ones you love is such a great way to connect, and I wrote about this in an earlier post here.

Following is some of what we read from The Seventh Tuesday: We Talk About the Fear of Aging:

Later that day, we talked about aging. Or maybe I should say the fear of aging-another of the issues on my what’s-bugging-my-generation list. On my ride from the Boston airport, I had counted the billboards that featured young and beautiful people. There was a handsome young man in a cowboy hat, smoking a cigarette two beautiful young women smiling over a shampoo bottle, a sultry-looking teenager with her jeans unsnapped, and a sexy woman in a black velvet dress, next to a man in a tuxedo, the two of them snuggling a glass of scotch.

Not once did I see anyone who would pass for over thirty-five. I told Morrie I was already feeling over the hill, much as I tried desperately to stay on top of it. I worked out constantly. Watched what I ate. Checked my hairline in the mirror. I had gone from being proud to say my age-because of all I had done so young-to not bringing it up, for fear I was getting too close to forty and. therefore, professional oblivion. 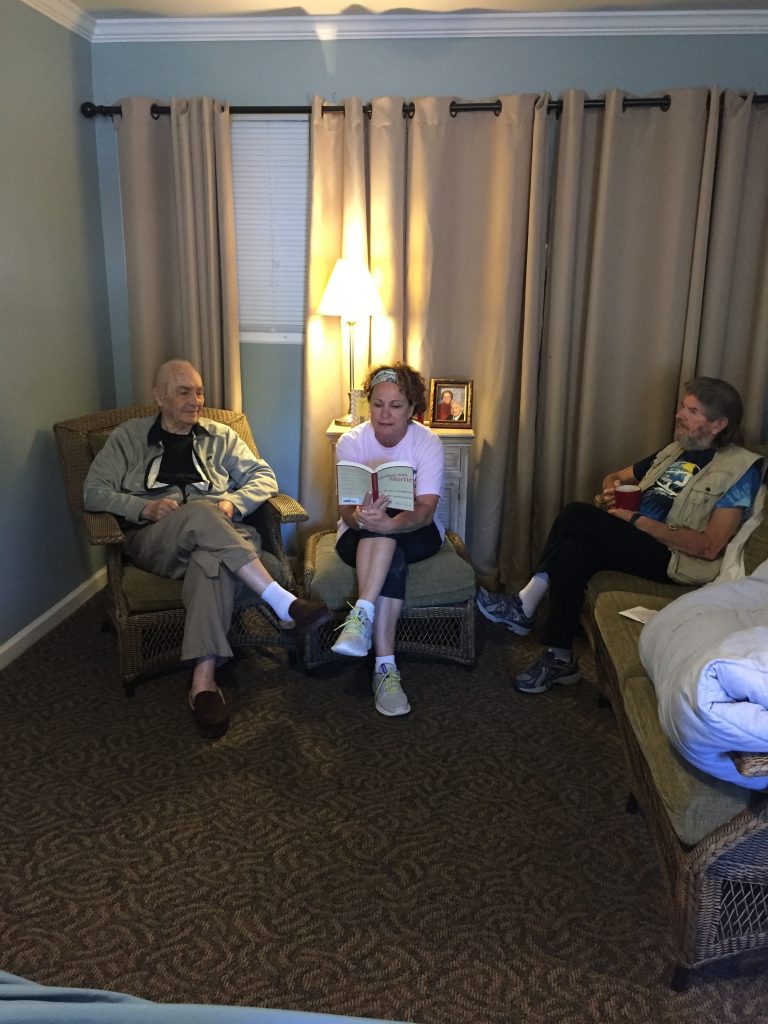 Morrie had aging in better perspective.

“All this emphasis on youth-I don’t buy it,” he said. “Listen, I know that a misery being young can be, so don’t tell me it’s so great. All these kids who came to me with their struggles, their strife, their feelings of inadequacy, their sense that life was miserable…

Weren’t you ever afraid to grow old, I asked?

Yes, I said, but if aging were so valuable, why do people always say, “Oh if I were young again.” You never hear people say, “I wish I were sixty-five.”

He lowered his voice.

“The fact is you’re going to die eventually.”

“It won’t matter what you tell yourself.”

Morrie closed his eyes with a peaceful look, then asked me to adjust his pillows. (from pages 115-121)

So how about you? How has Morrie’s message impacted the way you look at aging and dying? What exactly does a “good death” look like? Click here to read a recent article entitled A ‘good death’ by going gentle into that good night.

Here are some posts you may have missed that may give you more insight on living well and the aging process:

Read It Loud: How To Make A Connection