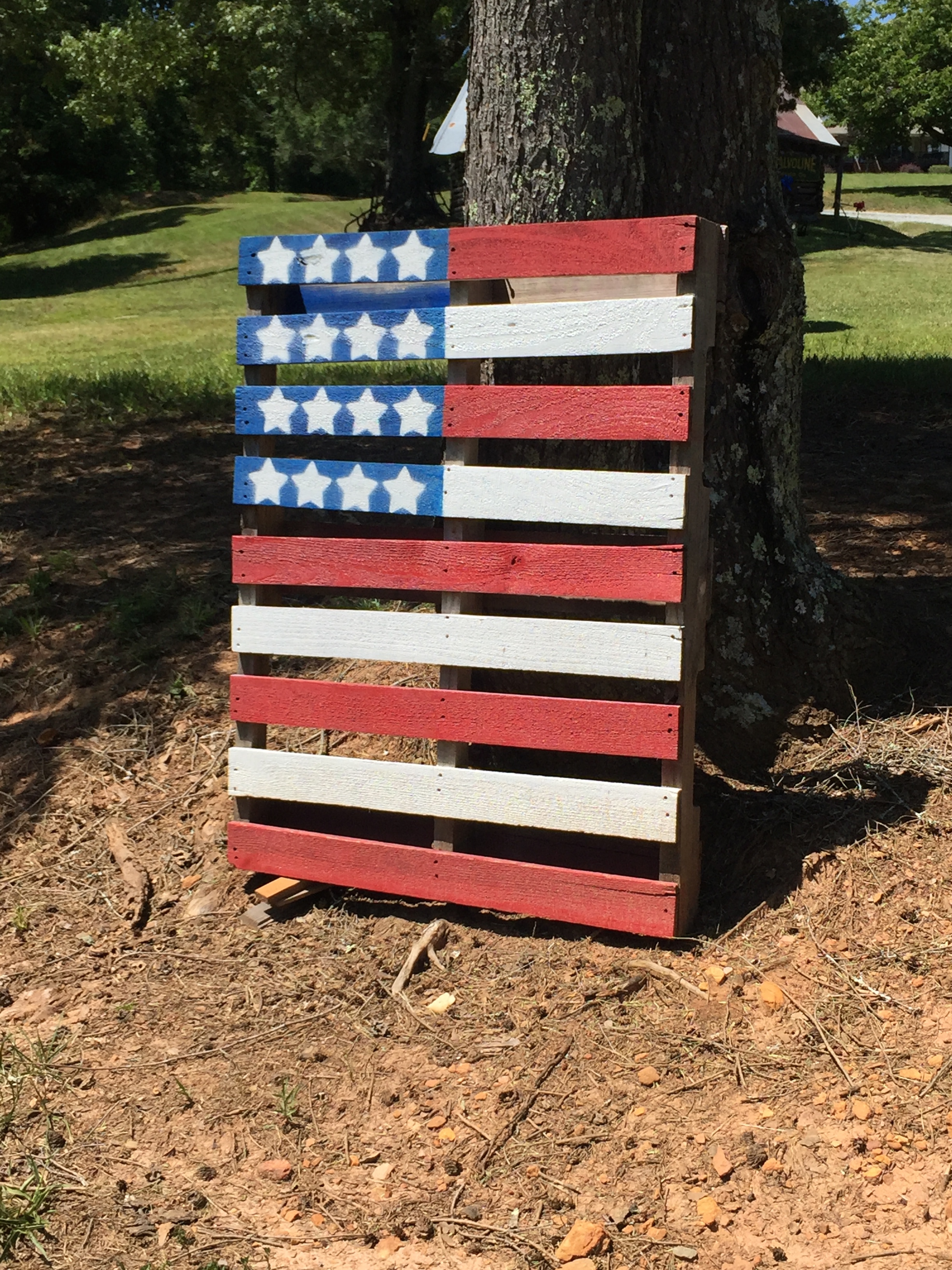 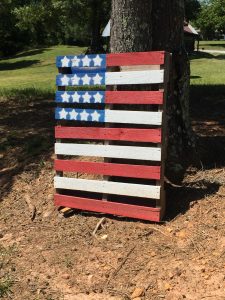 Have you heard the beautiful and moving account of the town of Gander, and the hospitality extended by them immediately following the horrific events of September 11, 2001 in New York?

Did you know? 7,000 passengers were stranded in this tiny town of Gander, a small Canadian town on an island in the North Atlantic Ocean. These folks,  who live there in the northeastern part of the island of Newfoundland, with open loving, arms, graciously welcomed the misplaced passengers.

The rest of the story is an unforgettable tale of acceptance of strangers, come what may.

Click Here to view a short YouTube video of the Gander, Newfoundland events that led to an unexpected and extraordinary gift of hospitality.

As the 17th anniversary 9/11 is upon us, recalling all the incredibly tragic details of that time, here you will find a true tale of the days after 9/1/01  that is sure to life your spirits.

I had never heard it before. Maybe it will be new to you, as well.

Please enjoy this inspiring story from a flight attendant on Delta Flight 15, written following 9-11, and if at all possible, read to the end for an extraordinary finish :

On the morning of Tuesday, September 11, we were about 5 hours out of Frankfurt, flying over the North Atlantic. All of a sudden the curtains parted and I was told to go to the cockpit, immediately, to see the captain. As soon as I got there I noticed that the crew had that “All Business” look on their faces. The captain handed me a printed message. It was from Delta’s main office in Atlanta and simply read, “All airways over the Continental United States are closed to commercial air traffic. Land ASAP at the nearest airport. Advise your destination.”

No one said a word about what this could mean. We knew it was a serious situation and we needed to find terra firma quickly. The captain determined that the nearest airport was 400 miles behind us in Gander, Newfoundland. He requested approval for a route change from the Canadian traffic controller  and approval was granted immediately — no questions asked. We found out later, of course, why there was no hesitation in approving our request.

While the flight crew prepared the airplane for landing, another message arrived from Atlanta telling us about some terrorist activity in the New York area. A few minutes later word came in about the hijackings. We decided to LIE to the passengers while we were still in the air. We told them the plane had a simple instrument problem and that we needed to land at the nearest airport in Gander, Newfoundland, to have it checked out.
We promised to give more information after landing in Gander. There was much grumbling among the passengers, but that’s nothing new! Forty minutes later, we landed in Gander. Local time at Gander was 12:30 PM …. that’s 11:00 AM EST.

There were already about 20 other airplanes on the ground from all over the
world that had taken this detour on their way to the US. After we parked on the ramp, the captain made the following announcement: “Ladies and gentlemen, you must be wondering if all these airplanes around us have the same instrument problem as we have. The reality is that we are here for another reason.” Then he went on to explain the little bit we knew about the situation in the US. There were loud gasps and stares of disbelief. The captain informed passengers that Ground control in Gander told us to stay put.

The Canadian Government was in charge of our situation and no one was allowed to get off the aircraft. No one on the ground was allowed to come near any of the air crafts. Only airport police would come around periodically, look us over and go on to the next airplane.

In the next hour or so more planes landed and Gander ended up with 53 airplanes from all over the world, 27 of which were US commercial jets. Meanwhile, bits of news started to come in over the aircraft radio and for the first time we learned that airplanes were flown into the World Trade Center in New York and into the Pentagon in DC.

People were trying to use their cell phones, but were unable to connect due to a different cell system in Canada . Some did get through, but were only able to get to the Canadian operator who would tell them that the lines to the U.S. were either blocked or jammed.

Sometime in the evening the news filtered to us that the World Trade Center buildings had collapsed and that a fourth hijacking had resulted in a crash. By now the passengers were emotionally and physically exhausted, not to mention frightened, but everyone stayed amazingly calm.
We had only to look out the window at the 52 other stranded aircraft to realize that we were not the only ones in this predicament.
We had been told earlier that they would be allowing people off the planes one plane at a time. At 6 PM, Gander airport told us that our turn to deplane would be 11 am the next morning. Passengers were not happy, but they simply resigned themselves to this news without much noise and started to prepare themselves to spend the night on the airplane. Gander had promised us medical attention, if needed, water, and lavatory servicing.And they were true to their word.

Fortunately, we had no medical situations to worry about. We did have a young lady who was 33 weeks into her pregnancy. We took REALLY good care of her. The night passed without incident despite the uncomfortable sleeping arrangements. About 10:30 on the morning of the 12th a convoy of school buses showed up. We got off the plane and were taken to the terminal where we went through Immigration and Customs and then had to register with the Red Cross.

After that we (the crew) were separated from the passengers and were taken in vans to a small hotel.

We had no idea where our passengers were going. We learned from the Red Cross that the town of Gander has a population of 10,400 people and they had about 10,500 passengers to take care of from all the airplanes that were forced into Gander! We were told to just relax at the hotel and we would be contacted when the US airports opened again, but not to expect that call for a while.

We found out the total scope of the terror back home only after getting to our hotel and turning on the TV, 24 hours after it all started.

Meanwhile, we had lots of time on our hands and found that the people of Gander were extremely friendly. They started calling us the “plane people.” We enjoyed their hospitality, explored the town of Gander and ended up having a pretty good time. Two days later, we got that call and were taken back to the Gander airport. Back on the plane, we were reunited with the passengers and found out what they had been doing for the past two days.
What we found out was incredible…..
Gander and all the surrounding communities (within about a 75 Kilometer radius) had closed all high schools, meeting halls, lodges, and any other large gathering places. They converted all these facilities to mass lodging areas for all the stranded travelers.
Some had cots set up, some had mats with sleeping bags and pillows set up.
ALL the high school students were required to volunteer their time to take care of the “guests.”

Our 218 passengers ended up in a town called Lewisporte, about 45 kilometers from Gander where they were put up in a high school. If any women wanted to be in a women-only facility, that was arranged.

Families were kept together. All the elderly passengers were taken to private homes.

Remember that young pregnant lady? She was put up in a private home right across the street from a 24-hour Urgent Care facility. There was a dentist on call and both male and female nurses remained with the crowd for the duration.

Phone calls and e-mails to the U.S. and around the world were available to everyone once a day.

During the day, passengers were offered “Excursion” trips. Some people went on boat cruises of the lakes and harbors. Some went for hikes in the local forests. Local bakeries stayed open to make fresh bread for the guests.

Food was prepared by all the residents and brought to the schools. People were driven to restaurants of their choice and offered wonderful meals. Everyone was given tokens for local laundry mats to wash their clothes, since luggage was still on the aircraft.

In other words, every single need was met for those stranded travelers.
Passengers were crying while telling us these stories. Finally, when they were told that U.S. airports had reopened, they were delivered to the airport right on time and without a single passenger missing or late. The local Red Cross had all the information about the whereabouts of each and every passenger and knew which plane they needed to be on and when all the planes were leaving. They coordinated everything beautifully.
It was absolutely incredible.

When passengers came on board, it was like they had been on a cruise. Everyone knew each other by name. They were swapping stories of their stay, impressing each other with who had the better time.

Our flight back to Atlanta looked like a chartered party flight. The crew just stayed out of their way. It was mind-boggling.

Passengers had totally bonded and were calling each other by their first names, exchanging phone numbers, addresses, and email addresses.
And then a very unusual thing happened.

One of our passengers approached me and asked if he could make an announcement over the PA system. We never, ever allow that. But this time was different. I said “of course” and handed him the mike. He picked up the PA and reminded everyone about what they had just gone through in the last few days.

He reminded them of the hospitality they had received at the hands of total strangers.
He continued by saying that he would like to do something in return for the good folks of Lewisporte.

“He said he was going to set up a Trust Fund under the name of DELTA 15 (our flight number). The purpose of the trust fund is to provide college scholarships for the high school students of Lewisporte.

He asked for donations of any amount from his fellow travelers. When the paper with donations got back to us with the amounts, names, phone numbers and addresses, the total was for more than $14,000!

“The gentleman, a MD from Virginia , promised to match the donations and to start the administrative work on the scholarship. He also said that he would forward this proposal to Delta Corporate and ask them to donate as well.

As I write this account, the trust fund is at more than $1.5 million and has assisted 134 students in college education. 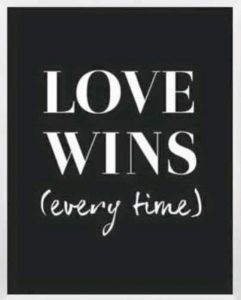 It reminds us of how many helpful and kind people

there are in the world.

Sadly, often, the ones who aren’t

This inspiring story has become a Broadway Musical: Come From Away,  that I hope to see at The Fabulous Fox in Atlanta in the new year. Click here to catch a glimpse of this incredible play.

The “Plane People” even returned to thank Gander one decade after their gift of kindness and hospitality was displayed for the entire world to see. Click Here to read about that poignant reunion on September 11, 2011.

It Is Well With My Soul

3 thoughts on “Extraordinary Hospitality Of Gander, Newfoundland After 9/11”