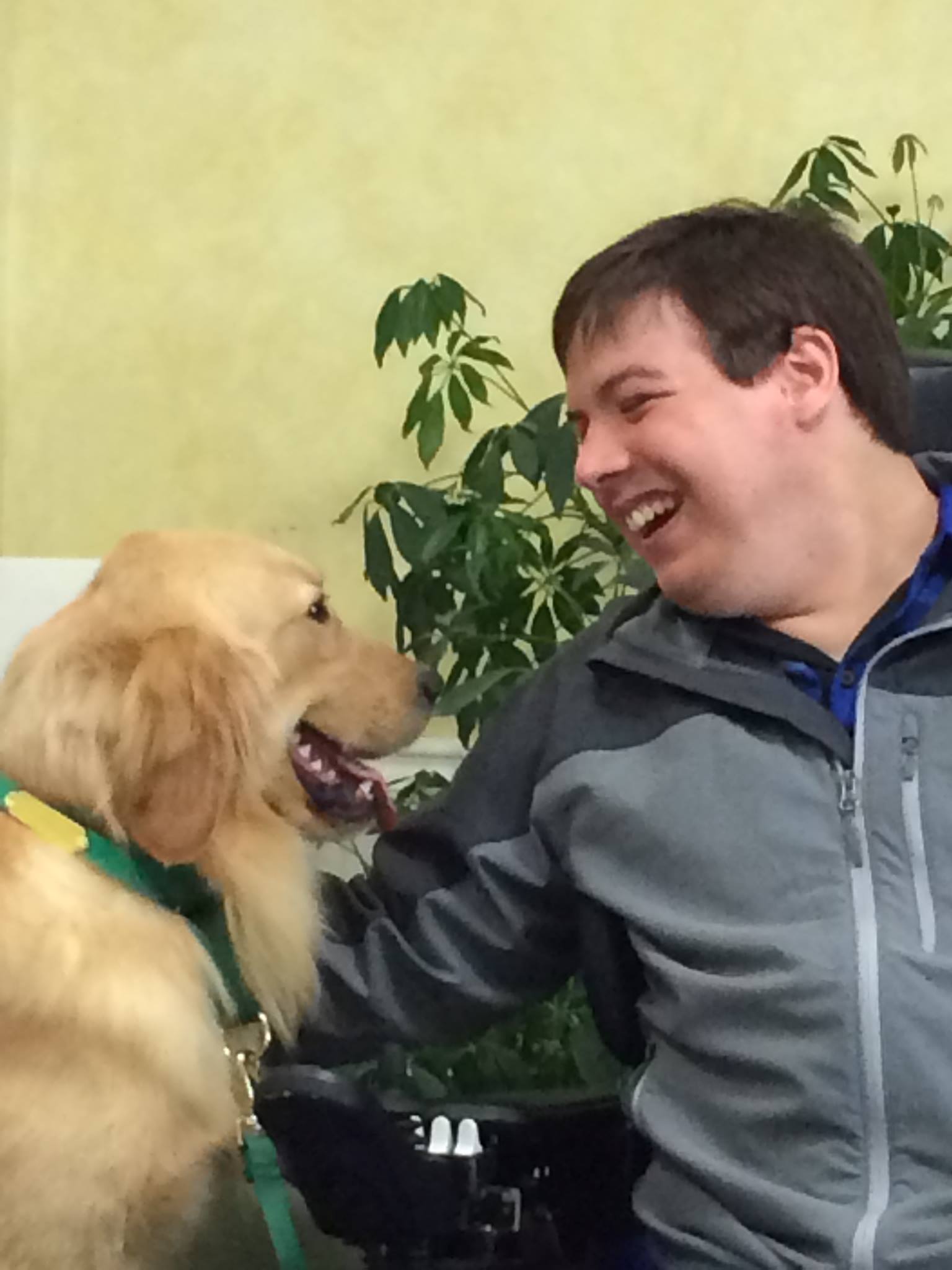 Our family first met The Beighley Family when they joined our church in 1996. Tim would’ve only been about three years old and I remember watching Doug carry Tim into church for the next several years while Angie followed behind pushing Tim’s chair. Doug and Angie consider it a true honor and a blessing to be Timothy’s parents, but that doesn’t mean it hasn’t been without challenges. In the past 22 years of Tim’s life, he has had approximately 15 surgeries. Tim has cerebral palsy, hydrocephalus, and scoliosis, and has done PT and OT most of his life. I’ll let Angie’s voice take over from here…

“With Tim having turned 22 recently, it really is a good time to reflect on his 22 years of life.

For people reading our story for the first time my son, Tim was born at 28 weeks while we were on vacation in Destin, Florida in 1993. Doug and I were on our anniversary trip, it was supposed to be the last trip before the baby came but to our surprise Tim decided to join us early. Tim had a great 3/4 brain hemorrhage within the first 72 hours of life. Our “roller coaster” ride had just begun. We had an extended stay in Florida-about a month before we were able to bring Timothy home to Georgia. Around Timothy’s delivery due date we were able to bring Tim home from the hospital. The magical number that we were waiting for was for Timothy to reach 5 pounds. At birth he was only 2 pounds and 7 ounces, when we were released from the hospital we were told that Tim could be blind, deaf, he may or may not walk, he may or may not talk, he could be mentally challenged…we just did not know what the future would look like. The one thing that I held onto was the fact that I did know and still do not know to this day what the future holds but I do know Who holds the future.

My faith in Jesus Christ has carried me every step of the way. The “Footprints” verse is near and dear  to my heart. God has truly carried me when I could not walk.”

“There are cycles in life where things go smoothly for a while and then something comes up and you go through a process of researching options/solving problems / meeting challenges. Smooth sailing and another cycle comes. Kind of like what Pastor Ike says in that you are either coming out of a storm, in a storm or getting ready to go into a storm.

You know God never left us. Time after time as I look back I see God’s hand. While I was pregnant every morning when I drove to work there was a song that played on the radio. In the verse were these words… “right there on your knees is where you are going to win the fight”. My defining moment when I felt God was telling me things would be ok was when I walked into the NICU and Tim was was laying there on his knees with his little butt stuck up in the air. “

“I want to be a hospital chaplain. With as much time as I’ve spent in a hospital, I should be pretty good at it 🙂 I’ll require assistance and therapy the rest of my life, but I believe there is nothing that I cannot overcome. As Randy Pausch said “We cannot change the cards we are dealt, just how we play the hand.”  Timothy Beighley

The nurses called it “positive tush” syndrome. I called it my Heavenly Father letting me know that everything will be ok.

Doug and I heard David Ring speak at Johnson Ferry Baptist Church before we were even pregnant with Tim. David is a Christian Evangelist who happens to have cerebral palsy. He is married with 5 kids and oh, what an inspiration. As I look back I think God was preparing my heart…We had Tim’s baby dedication on Mother’s Day 1994, and he accepted Christ as his Lord and Savior on Mother’s Day 2004. I have always said that he could not have given me a better gift. Tim is now a student at Reinhardt University. “

All of our family agrees that knowing Tim and his parents has inspired us all to be the very best we can be. Recently Tim was honored by singer/songwriter, Matthew West when West wrote the song Wonderfully Made about Tim. Click here to read more. And finally, EVERYBODY HAS A STORY.  Click here to check out a devotion penned by West about Tim’s story.

In my next post, I will introduce you to a Guest Blogger, Cindy Crook, the author of g.p.s. rerouting: God’s Purpose for Special Needs. With Cindy’s help, we will take a closer look into the lives of a few families with wonderfully made children.