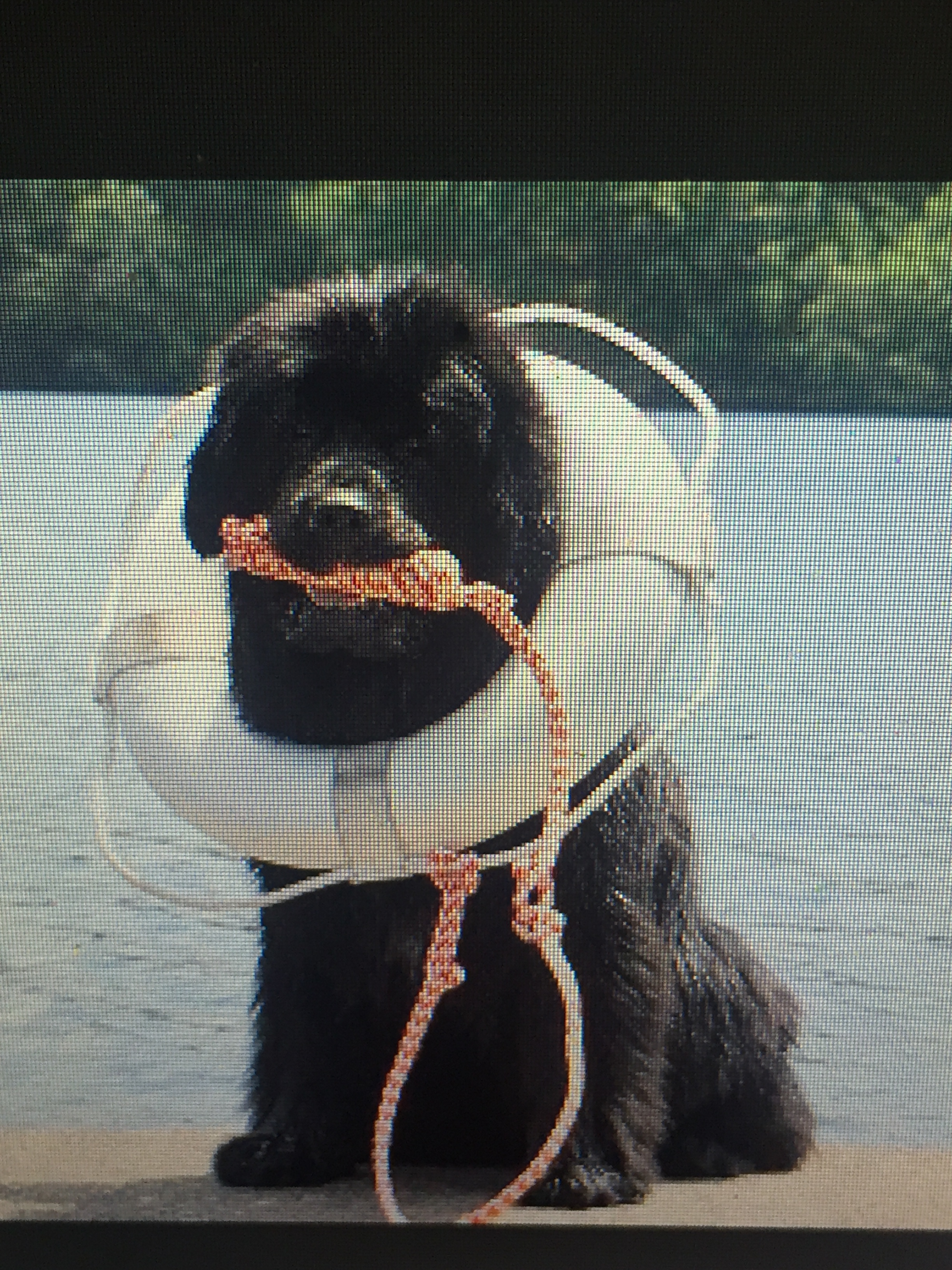 Dogs are a “Man’s Best Friend”, but they are obviously “a girl’s best friend”, as well.

Dogs are not our whole life, but they make our life whole. Roger Caras, Photographer

Did you know? The statement that the dog is man’s best friend was first recorded as being made by Frederick II, King of Prussia, (1789) referring to one of his Italian greyhounds as his best friend?

I think dogs are the most amazing creatures; they give unconditional love. For me, they are the role model for being alive. Gilda Radner (a comedian who died of ovarian cancer at the age of 42)

You can read an earlier post about favorite dogs here, Who Rescued Who?

I must admit that dogs are a lot of trouble at times. They make messes that require cleaning and tear up things that need replacing. Having a dog requires the owners to make vacation plans around them, take them to vet appointments, and make sure their food and treats are in stock.

However, I have found that you get back ten-fold in pure love all that you give to a dog.

Today, I want to introduce you to two of the countless best friends in our world: WHIZZ and LUCCA, both are examples of true heroes! And both received the PDSA (People’s Dispensary for Sick Animals) award!

I first heard about Whizz on a recent radio show. Whizz, a Newfoundland, worked with the Royal Navy Rescue, the Severn Area Rescue Association and the Marine Volunteer Service. Whizz went to Doggie Heaven on March first of 2016 at the age of 12, following a ten-year water rescue career. Whizz was given a posthumous award, the PDSA Order of Merit, an award given to animals that display outstanding devotion to their owner or society. Newfies are bred in the frigid environment of Newfoundland, Canada. With flaps of skin between their toes, their feet turn into webbed paws enabling them to swim more efficiently. Whizz’s breed is also gifted with soft, oily fur which allows them to float, astonishing strength, and the most endearing personality a dog can have.

Whizz rescued nine people and one dog during his working years. 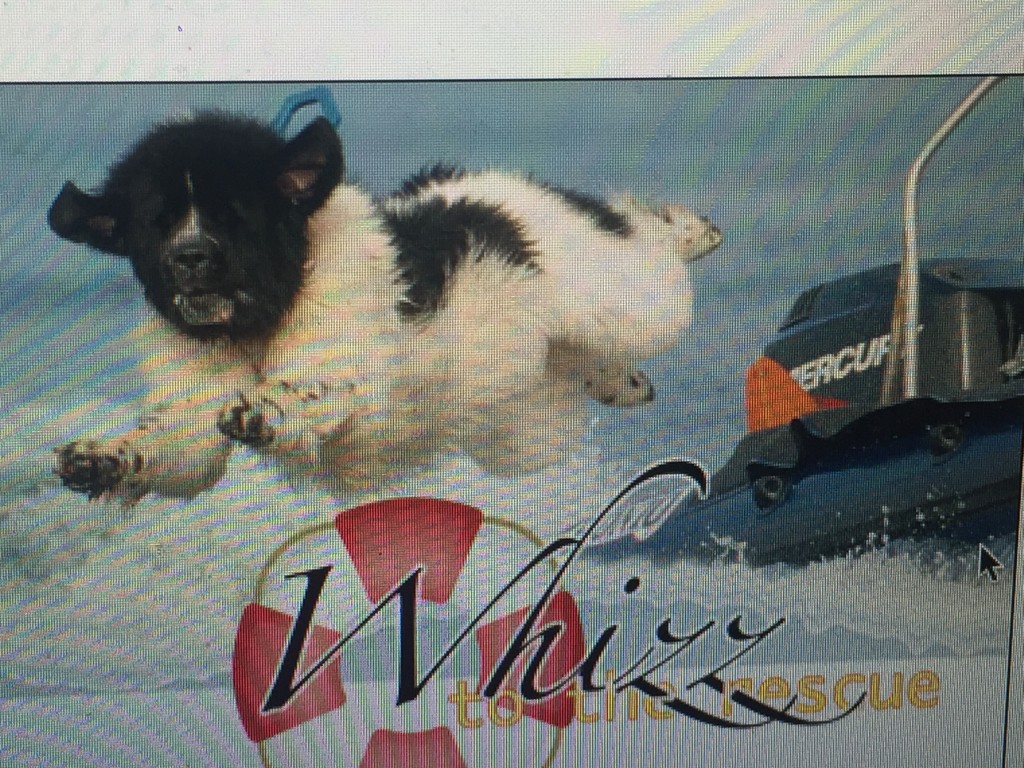 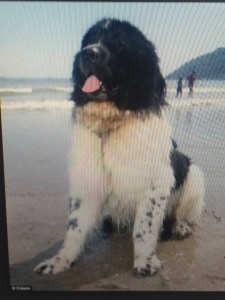 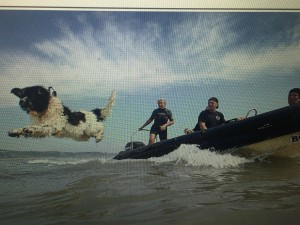 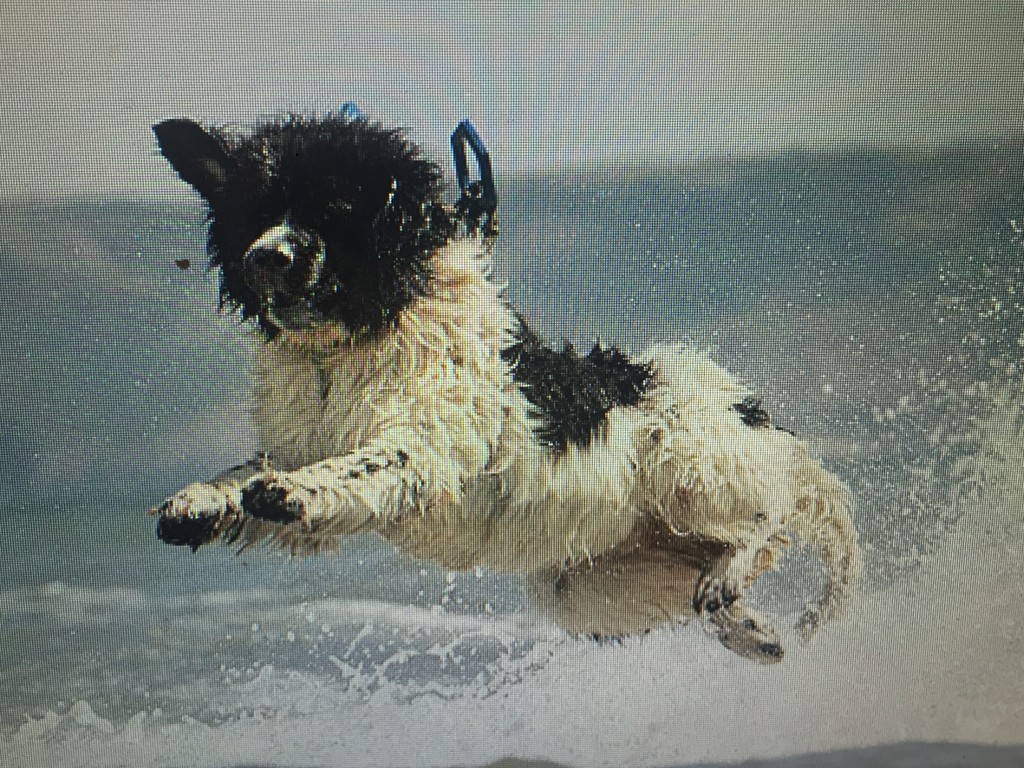 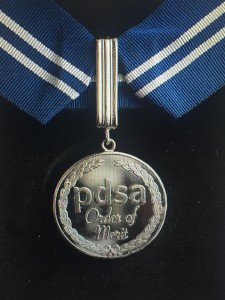 Owned by David Pugh, Whizz will be forever remembered by his, handler, Ellie, a top lifeguard in the UK. It was Whizz’s job to provide the strength and ability to help people in trouble, but as this big “bear” rescued frantic swimmers, Ellie provided the human touch and was the one who calmed them, telling them what to do. David explained, “A drowning person has the strength of ten people, and in a panic, would most certainly pull the dog under. The role of the lifeguard is to make sure the drowning person is well and to convey that the dog is there to help. Thereafter, the dog is able to perform the rescue.”

Another best friend, a German Shepherd, that was a hero to many is named Lucca.

Through all of her treatment, and despite the pain she was in, her temperament never changed. Cpl Juan Rodriguez said of Lucca, the war dog

GYSgt Chris Willingham, a Marine, was first paired with Lucca on April 23, 2006. In her six years of serving in Iraq and Afghanistan, there were zero human casualties. Sadly, Lucca was injured by a bombing in Afghanistan’s Helmund Province, with chest burns and the loss of a leg in 2012. Still with Willingham, Lucca lives in California and is being utterly spoiled during her retirement. 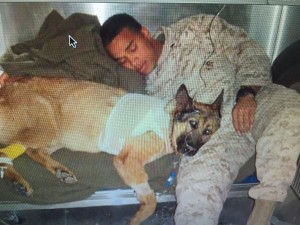 Thank you so much for stopping by my little corner on the web to read my Pages today!

Want to make sure you don’t miss a thing? Leave your email address in the subscribe bar at the top and then like my Facebook page here!

Remember, you will definitely miss out on my images if you read my Pages from your phone instead of your desktop/laptop/Ipad.

I would love to hear what your favorite part was of these two precious dog stories. Please share this post on Facebook with all of your dog-loving friends!!

Thanks and have a wonderful day! 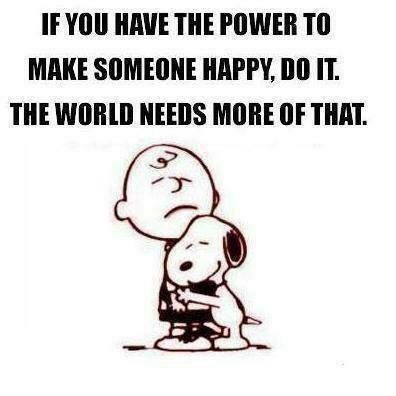