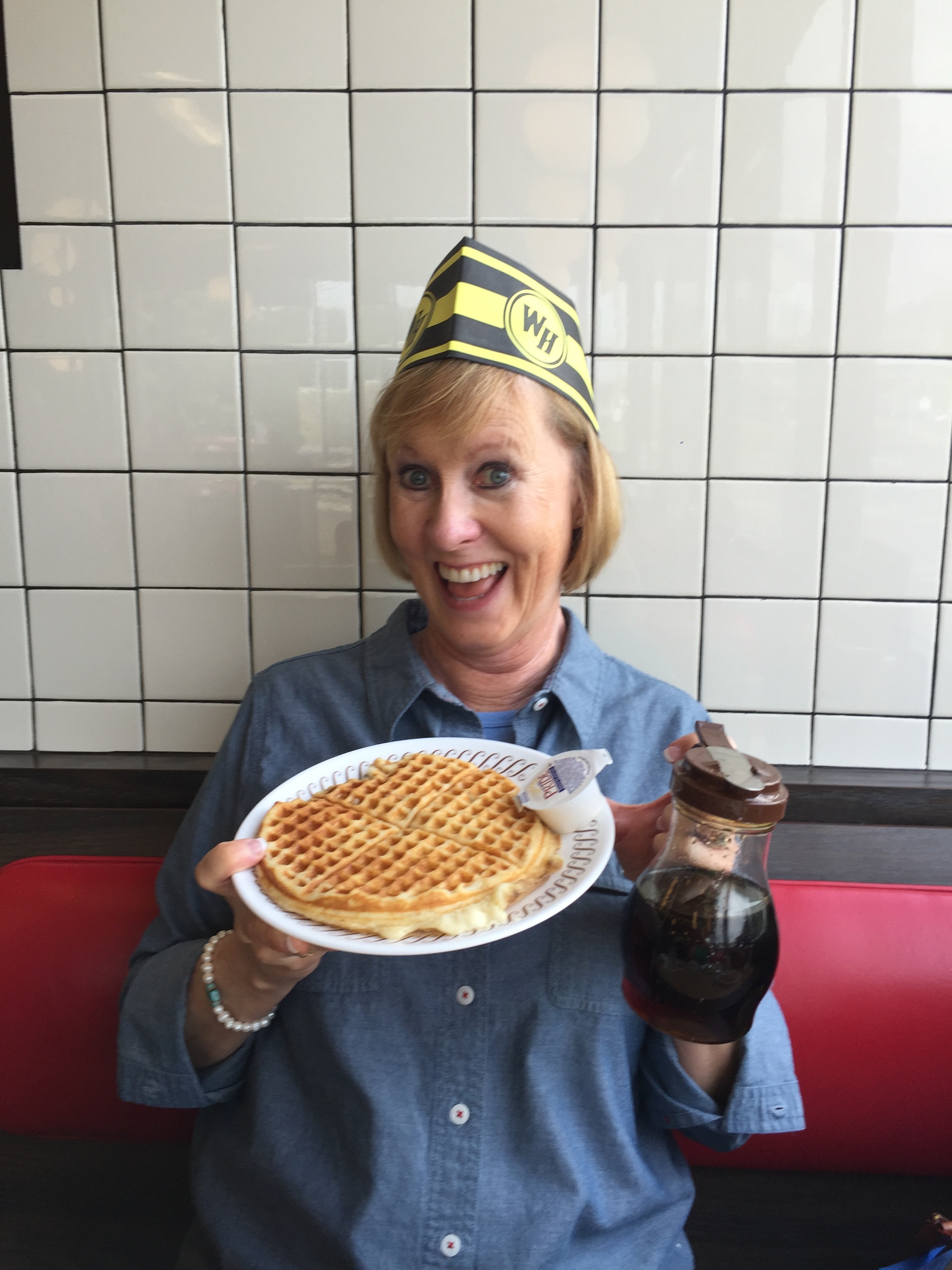 One of the life lessons my Mama taught me is “You Can Sleep When You’re Dead.” And sleep is irrelevant when it is time to meet up with a traveling friend, night or day.

I recently had two chances to meet up with friends right off the interstate: one took place at a Cracker Barrel and the other at a Waffle House. As your summer plans begin to come together, I hope you, too, will seize the moment and have an impromptu visit with some of your favorite people.

The system is named for President Dwight D. Eisenhower who championed its formation. Construction was authorized by the Federal Aid Highway Act of 1956, and the original portion was completed 35 years later, although some urban routes were cancelled and never built. (Wikipedia)

I cannot even imagine where I would be today were it not for that handful of friends who have given me a heart full of joy. Let’s face it, friends make life a lot more fun.” Charles Swindoll

When will you and I plan an interstate visit with some loved ones?

4 thoughts on “Seize The Moment With An Interstate Visit”