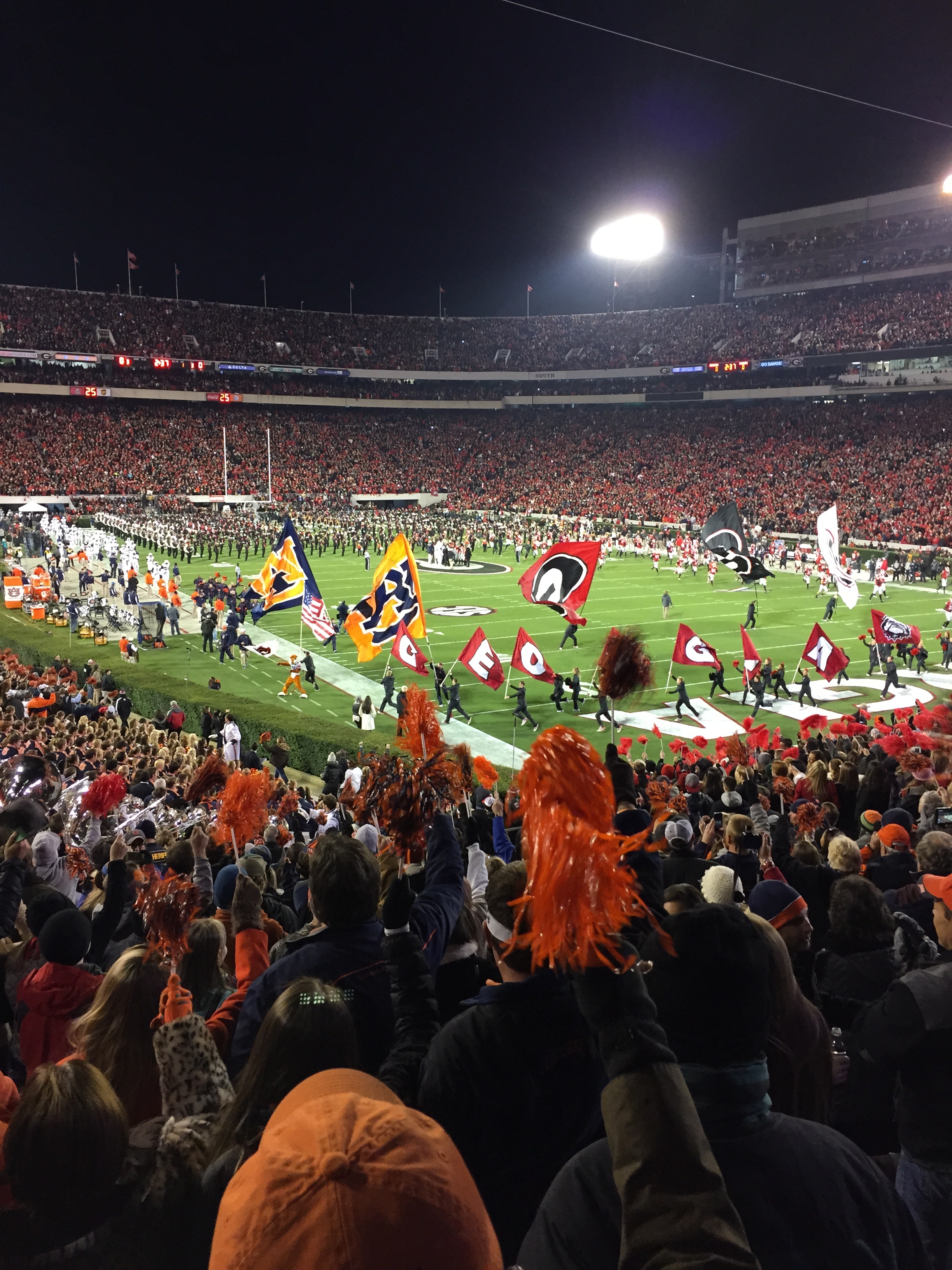 “No act of kindness, no matter how small, is ever wasted.”  Aesop, ancient story teller 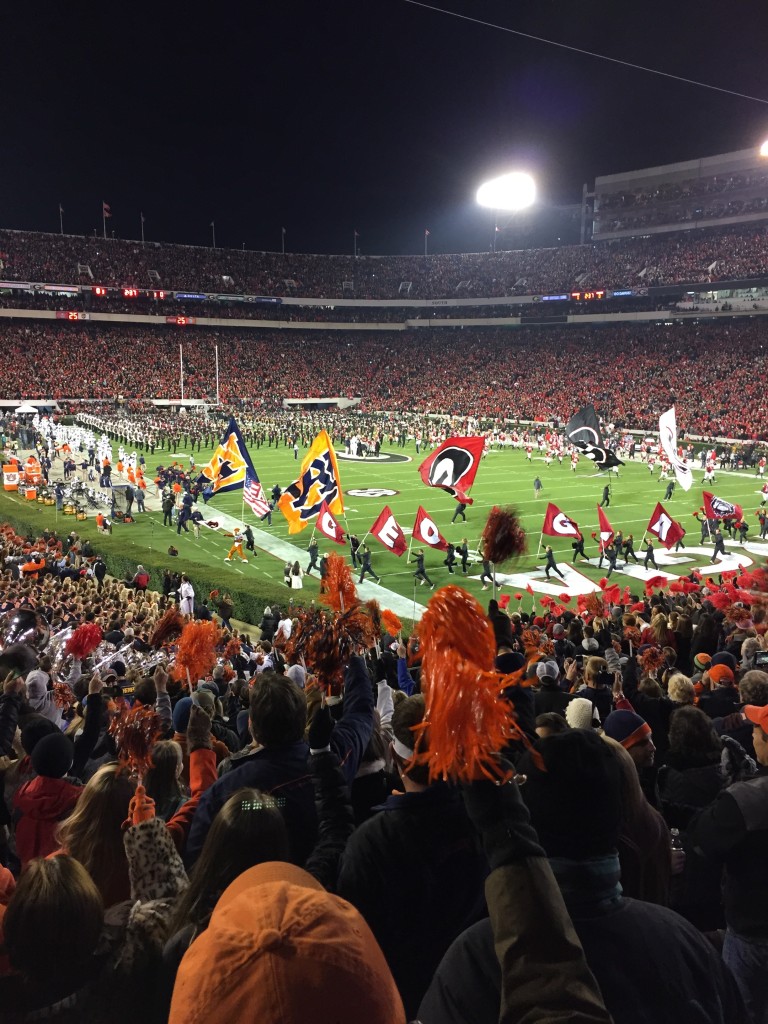 Well, the big game, AU vs UGa, that took place in the Heart of the South is now in the history books and most that care anything at all about football know what the outcome was.  University of Georgia on top,  with a final score of 34-7.   The team that won, as expected, was the team that showed up in full force to win the game.  Sanford Stadium was as loud and electrifying as ever before and I am so glad I was one of the more than 92,000 in the stands, despite the near freezing low temperatures. 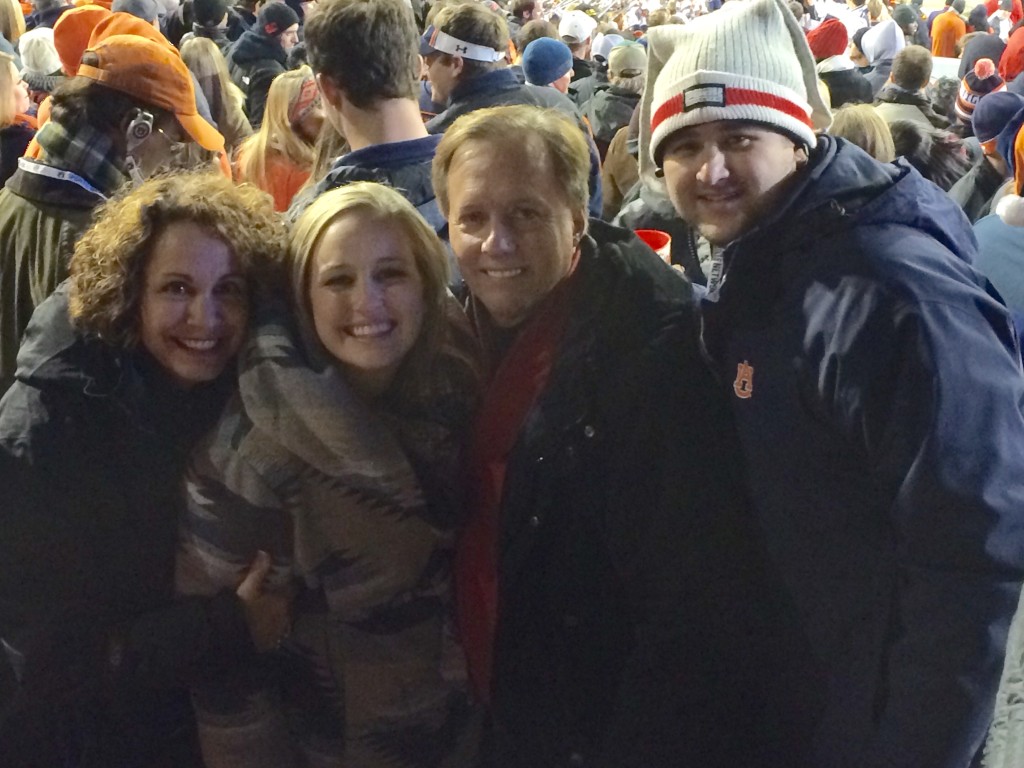 As I reflect on the day, my mind is not on football, but on friendship, family and kindness.  Donny, Leah, Scott, and I walked miles in very hilly Athens, Georgia to ensure that we connected with some long-time friends.  These friends are from many different seasons of our lives, including high school, college, early married years,  and early child-rearing years. Donny and I have been intentional about our friendships and many of these we saw before the game have been beside us for our parents’ funerals , our children’s weddings, and many seasons in-between.

“Walking with a friend in the dark is better than walking alone in the light.”

During this long and fun day, one of my favorite things to do is to people watch.  With this, I noticed many random acts of kindness, a college kid allowing a family of four to go ahead of him so that the family could stick together in the crowd, a guy buying a pizza for the students behind him in the concession line, and a police officer handing my daughter her headband that she inadvertently dropped while being admitted into the game, just to name a few.

I also witnessed some extremely rude situations throughout the day.  A fan behind us repeatedly taunting an opposing team fan in front of us (until I turned around and told him to stop!), another fan mouthing off loudly to anyone who would look in his direction as he was leaving the stadium.  These fans could’ve easily been from either team, but sadly they were from the winning team in both situations.

And finally, as our family was pulling out of the still very crowded parking lot, a truck was parked in the way with the driver sitting in it.  His window was opened, so I called out to him to please move up a little so that we could make our exit.  His reply was, ” Other cars have been able to get by me.” and he continued to sit there when there was plenty of room for him to move forward.  We were both in larger vehicles , pick-up trucks that require more space.  Slowly, I made my way around him through the very tight squeeze.  Seriously?!?

With thousands upon thousands of humans gathered in such a small space, this calls for an extra measure of patience and even more than the usual common kindness of people.  When in a circumstance such as this, we do not have the same personal space we usually have.

Sure, I love my Georgia Bulldogs, and since only one team could claim victory,  I am happy they triumphed last night.

Practicing kindness, however, is a clean sweep for both teams!