The day was sometime in March 1950 when the small family of three, including a seven-month-old son, were dropped off at the port in New York City and boarded a big ship to set sail for Western Europe, Belgium, leaving all that was familiar to them back in rural Kentucky. Language and other mission work training would be a part of the next year after their lengthy trip across the globe. Following training, they would continue their long, arduous journey south,  with Mama now expecting child number two, Mary Ann, as they started their medical missionary assignment in the heart of Africa. They would live there for nearly four years and have one more child, Amelia Kathryn, while serving the people in the Congo. I have often wondered what it would have felt like for their parents, their siblings, and friends to send them off so far away for such an extended amount of time. They were young, my Daddy, age 30, Mama, age 23, and my big brother, John Wade, barely walking by the time they began to plant their roots in the bush country. Though I know they were thankful for their dedication and decision to serve, I am quite certain there were days when their family back home, missing them, were blue about these circumstances. My sister Mary Ann and her family can relate to this as my niece, Amy lived for years in Rio de Janeiro, Brazil as a medical missionary from January 2003-January 2006.

One of the most crucial life lessons my Mama taught me is simple: If you find yourself feeling sad, blue, or even a little depressed, help someone out. Even a smile can turn someone’s day around. You can make a difference in another soul’s day.

You can choose to not be blue.

My friend, Melissa, and her family, had to make this intentional choice very recently when she helped her daughter, Lauren prepare for a mission assignment in South East Asia. Lauren and eight other young adults will be sharing The Gospel while serving in Thailand. The team, who will be working under the direction of Launch Global, arrived there just a few days ago to begin their work. Join me in praying for them. Their team members include: Lauren & Brady, Beth, Enoch, Lauren, Warren, Steven, Jenn, and Kimberly.

As nearly three dozen women came together in our home this past Thursday night to bring their Freedom Bags, Melissa shared with me how much this process of shopping and filling this bag had encouraged her as she had been reflecting on how far away her daughter is now living. Lovingly selecting a new shirt and pants, comb/brush, a soft throw, chapstick, socks, a journal, etc. and knowing these items would go directly into the hands of a young and violated woman brought Melissa joy beyond measure. Melissa made an intentional choice to get up, show up, and do something for another person and the result was exactly what my Mama taught me it would be: Melissa felt better and more accepting of her family’s current circumstances.

What will you do for someone else the next time you find yourself feeling blue? 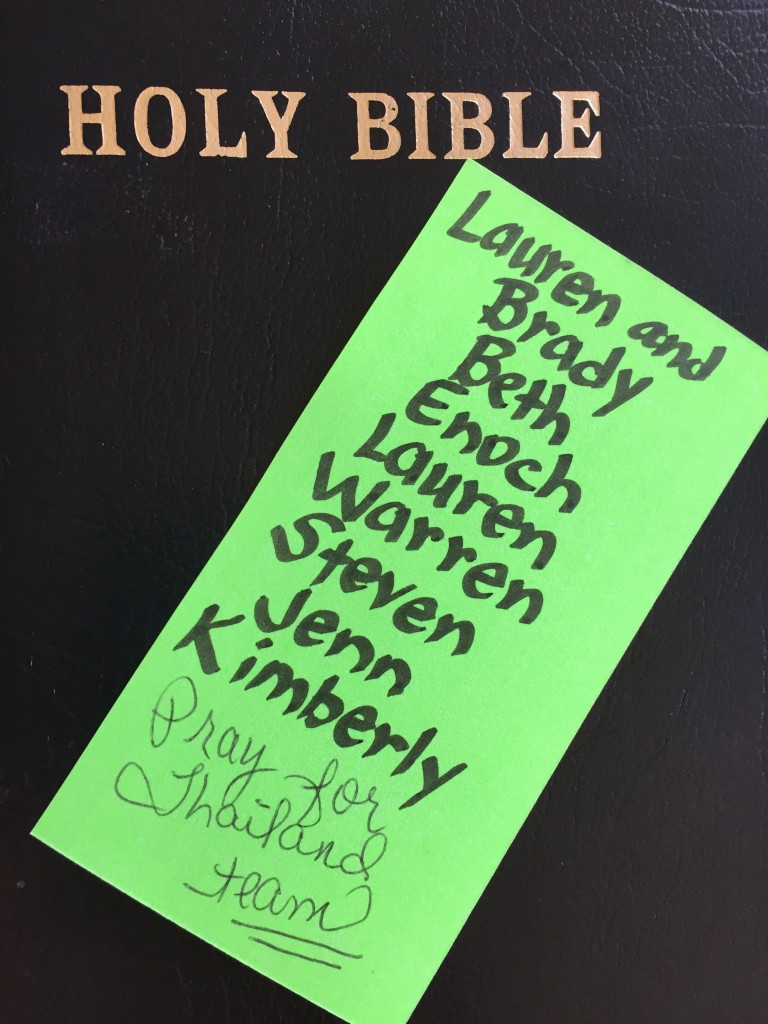 4 thoughts on “Choose To Not Be Blue Part One”